Consuming red meat can increase the chances of breast cancer, a study published in the International Journal of Cancer this week revealed. The Sister Study was a US and Puerto Rico-based nationwide prospective cohort study that evaluated environmental and genetic risk factors for breast cancer. The enrollment period was between 2003 and 2009; eligible participants were 35- to 74-year-old women who had no previous breast cancer diagnosis and are sisters or half-sisters of women diagnosed with breast cancer. It was jointly done by Columbia Mailman School of Public Health, New York, National University of Singapore, National Institute of Environmental Health Sciences, and National Cancer Institute, Bethesda. Under the study, a total of 50,884 women completed the extensive baseline enrollment process, which consisted of a comprehensive interview and self-completed questionnaires covering medical and family cancer history as well as lifestyle and demographic characteristics, including diet and a home exam during which height, weight, and weight, and hip circumference were measured. 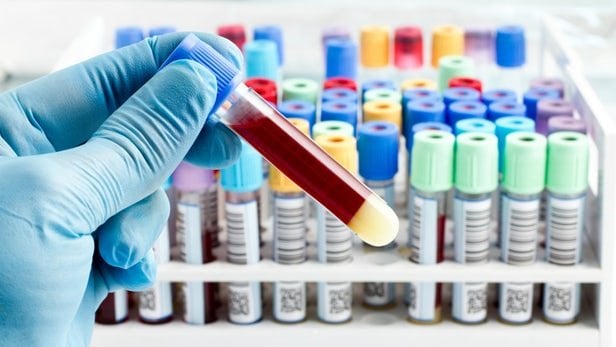 The study holds significance in context to India as red meat is a part of diet in Indian households. According to a Lancet study published last year, India has a low survival rate for breast cancer, with only 66.1% women diagnosed with the disease between 2010 and 2014 surviving. According to the Union health ministry, breast cancer ranks as the number one cancer among Indian females with rate as high as 25.8 per 100,000 women and mortality of 12.7 per 100,000 women. According to estimates, at least 17,97,900 women in India may have breast cancer by 2020.

Breast cancer is leading cancer among women, not only in India but worldwide. While this observational study doesn’t prove that red meat causes breast cancer or that chicken prevents it, the authors suggest the switch may be worth considering,” said Ravi Mehrotra, Chief Executive Officer (CEO), Indian Cancer Research Consortium –Indian Journal of Medical Research (ICMR).

Other factors that increase the risk of breast cancer are genetics, obesity, tobacco, alcohol consumption, less number of children, and absence of breastfeeding,” he said. Random clinical trials with a very long follow-up to study the relationship between diet and breast cancer are warranted. Researchers at Karolinska Institutet in Sweden have investigated the long-term effect of hormonal therapy in women with the most common types of hormone-sensitive breast cancer. The results, presented in the journal JAMA Oncology, show that the treatment has a protective effect against distant metastatic cancer for both so-called Luminal A and Luminal B breast cancer subtypes, and a long-term effect for women diagnosed with Luminal A cancer.

Researchers at Karolinska Institutet have now investigated the long-term effect of hormonal therapy in women with the two most common types of estrogen receptor-positive breast cancer. The researchers analyzed long-term data with follow-up for at least 20 years for patients in the Stockholm Tamoxifen trial (STO-3) randomized to receive either tamoxifen treatment or no hormonal therapy. In summary, 336 women were diagnosed with so-called Luminal A breast cancer subtype and 126 women with Luminal B subtype.

The results show that patients with Luminal A breast cancer had a relatively small but prolonged risk increase for metastatic cancer, and that tamoxifen treatment significantly reduced this risk for as long as 15 years after diagnosis. Patients with the Luminal B subtype were at high risk for metastatic breast cancer during the first five years after diagnosis. In these patients, tamoxifen treatment led to a significantly reduced risk during the first five years, but after that the protective effect of hormonal therapy decreased.

“We conclude that tamoxifen treatment is beneficial for both groups of patients, but that it has a long-term protective effect for patients with Luminal A breast cancer,” says Dr. Linda Lindström, a research group leader at Karolinska Institutet’s Department of Biosciences and Nutrition, who coordinated the study. “Patients with Luminal B breast cancer should also be offered hormonal therapy, and our results show a reduced risk of metastatic disease during the first years when the risk is the highest for these patients. We will now proceed to investigate the long-term benefits of hormonal therapy in patients with Luminal A and Luminal B subtype who have been diagnosed with larger and aggressive tumors with spread to the lymph nodes.”

I’m a health blogger by passion, and I love connecting people with information about health and wellness. I’ve been blogging for years now and I’ve learned a lot through that journey. In addition to writing, I’m also an avid reader and listener of podcasts. I believe in a healthy lifestyle and want to encourage others to reach theirs. That’s why I started my blog ,fitnetion.
Previous Promising Blood Test Could Help to Predict Breast Cancer Recurrence
Next Association Between Pathologic Complete Response After Neoadjuvant